Thawra or The October revolution

October 17, 2019, young, old, Maronites, Muslims, women and men take to the streets. Reflecting the image of the multifaceted Lebanese society, hundreds of thousands of demonstrators from everywhere in Lebanon began to mobilize against the current regime. From Beirut to the Sunni-majority city of Tripoli in the north, from the Shiite localities in the south to the Druze or Christian cities in the east, all mobilized to demand the resignation of a political class accused of incompetence and corruption. The time has come for Lebanon. “Nothing has ever really functioned normally since the end of the civil war in 1990. The expected recovery has never taken place, and economic conditions are, even today, mostly deplorable. Lebanon has a chronic public deficit and a debt of $86 billion. At the same time, it has experienced an incomparable migratory influx since 2012, with the arrival of more than one million Syrians. In recent years, other crises have exacerbated the situation, including the waste crisis, pollution problems, lack of running electricity and drinking water, soaring real estate prices, smuggling problems and especially corruption and clientelism, all within a tribal and confessional political system. (…). But it was finally a tax on the use of the WhatsApp messaging system that ignited the fire on October 17. If this tax project was immediately withdrawn, for the Lebanese it was the last straw”, explains the Lebanese columnist Joyce Azar in an article on RTBF.

Throughout its course, this revolution took various forms; broken windows and lit fires, festivals of food, music and good humor, artistic demonstrations and environmentalist uprisings. The Lebanese took to the streets and showed their leaders and the rest of the world that it was up to them to decide for the future. Whether it was a demonstration of beauty, solidarity or hatred, each day took its own turn. The demands were clear: “The people want the regime to fall and be replaced by technocrats”. The watchword was “Revolution, revolution” – “Thawra! Thawra! in Arabic. After being interrupted by the Covid-19 pandemic in March 2020, demonstrations resumed in June. Since autumn 2019, the national currency has lost 70% of its value and the poverty rate is approaching 50%. Today is the beginning of September, and we will soon celebrate the first anniversary of the revolution. Yet, the demands of the Lebanese people have still not been heard. The explosion of August 4 marked, once again, the incompetence and irresponsibility of a government dominated by greed and corruption. The different photos that follow are visual representations of the different facets of the October Revolution. They were taken by Adrienne Hurtut, Noémie de Bellaigue, and Clément Gibon having themselves participated in this demonstration punctuating the country of the Cedars for almost a year and will continue to accompany it if the radical demands of the people are not heard. 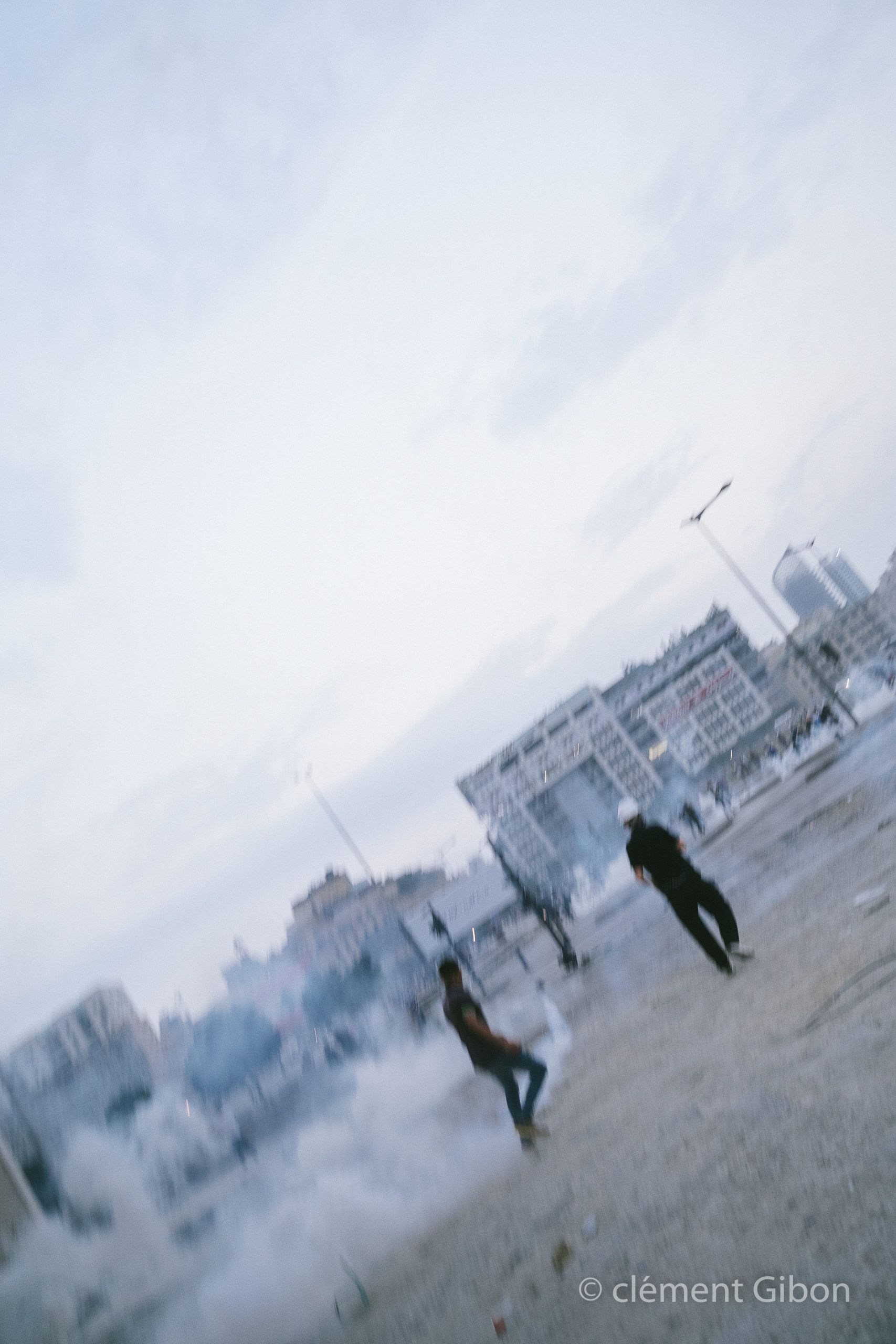 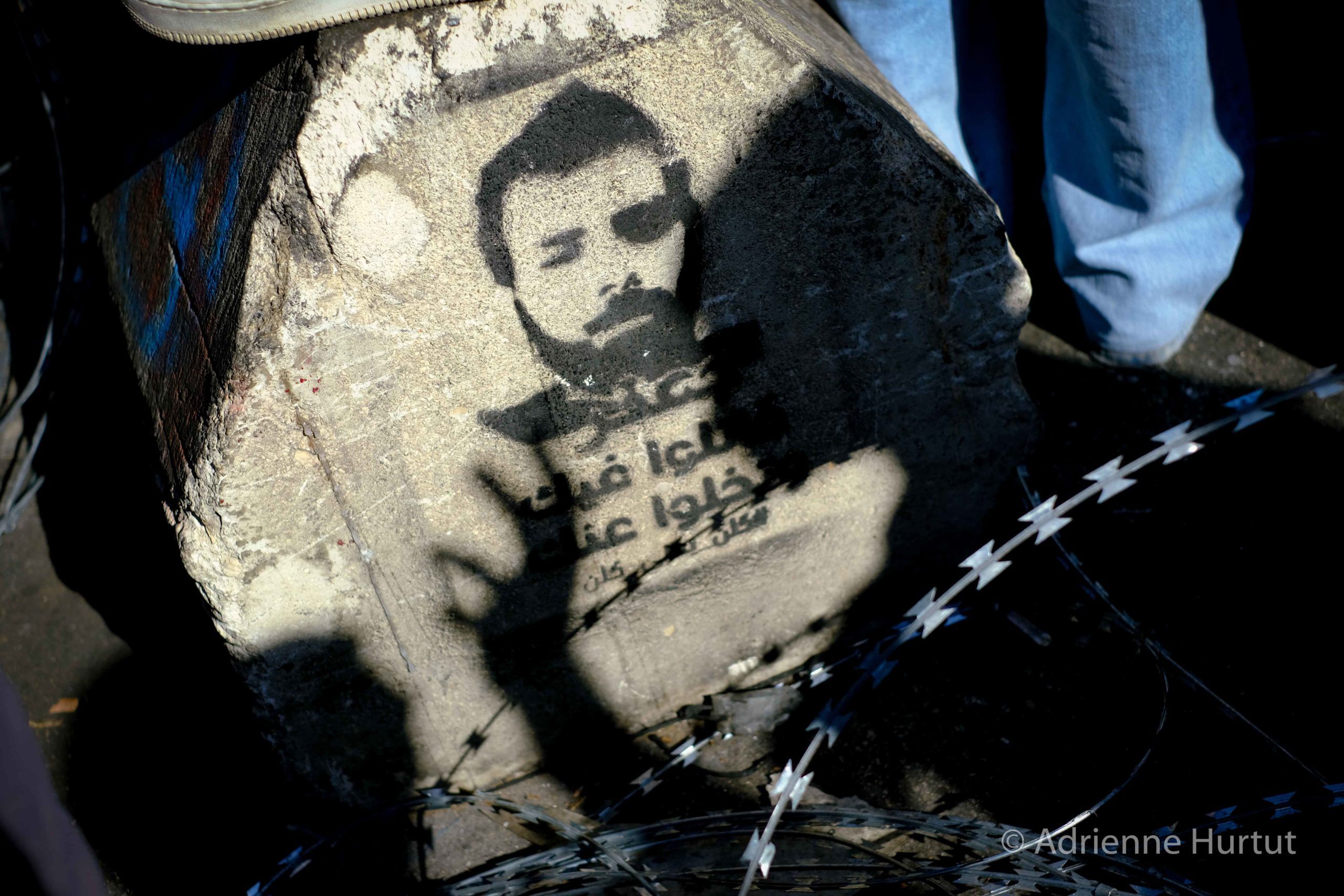 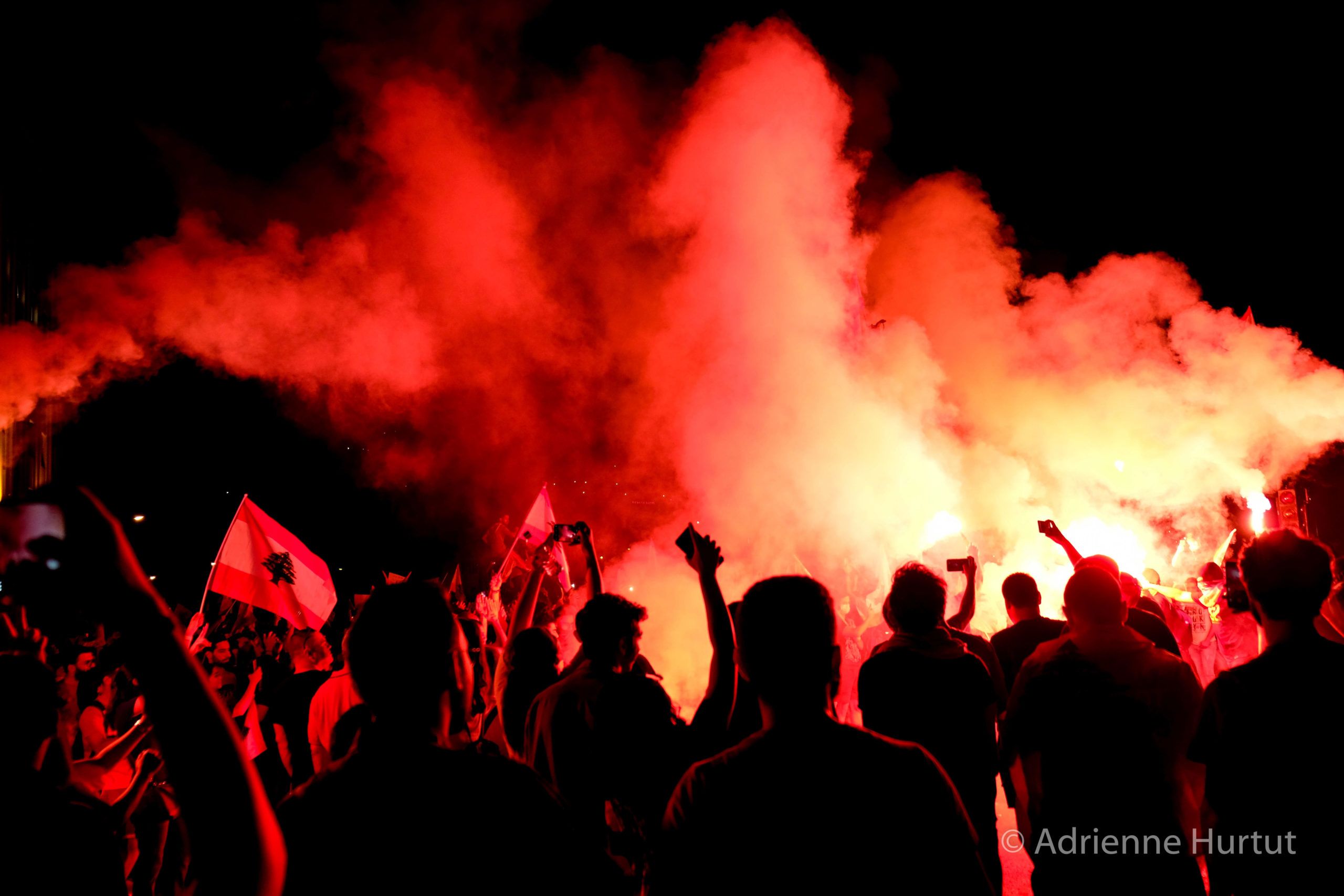 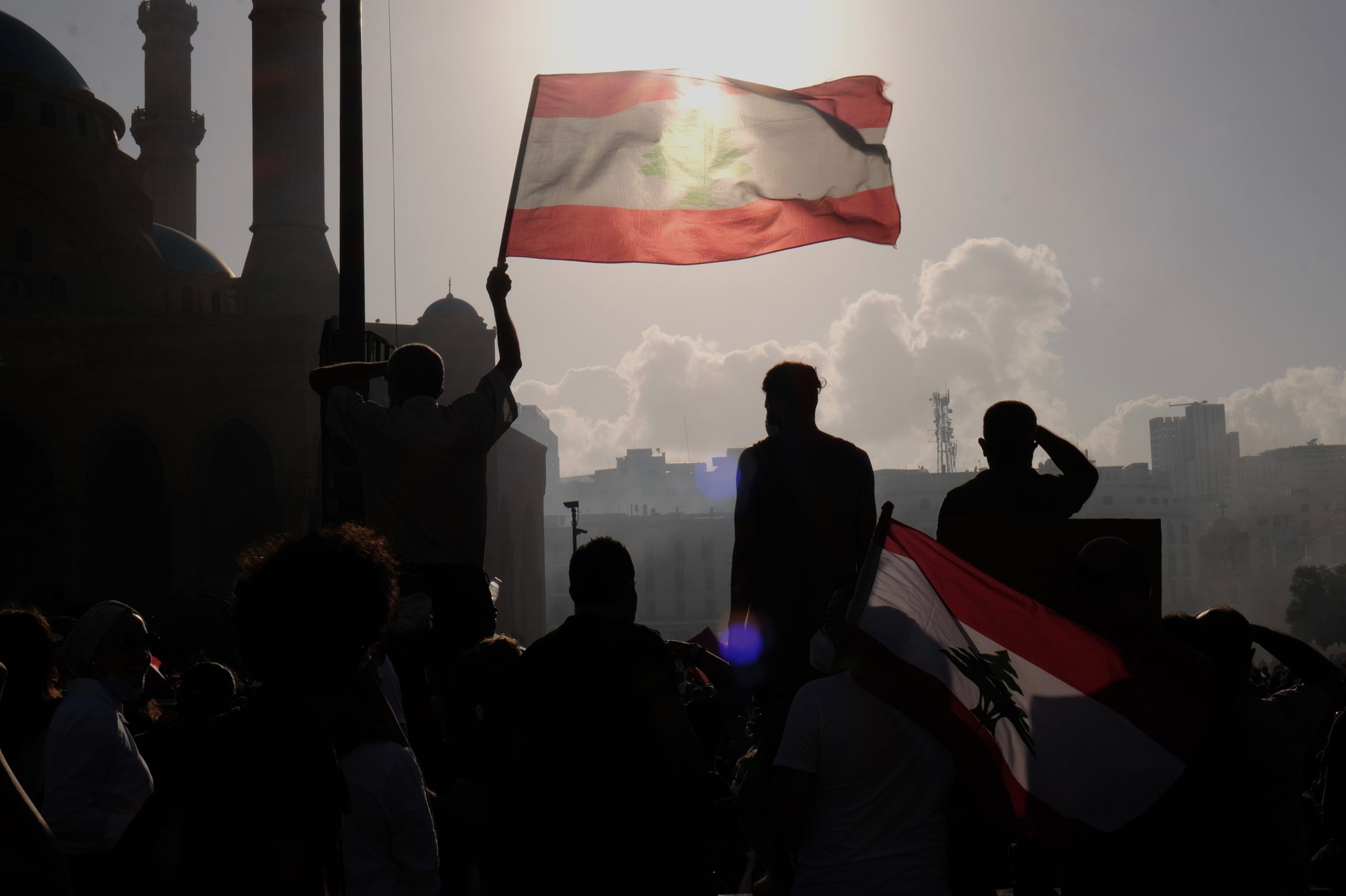 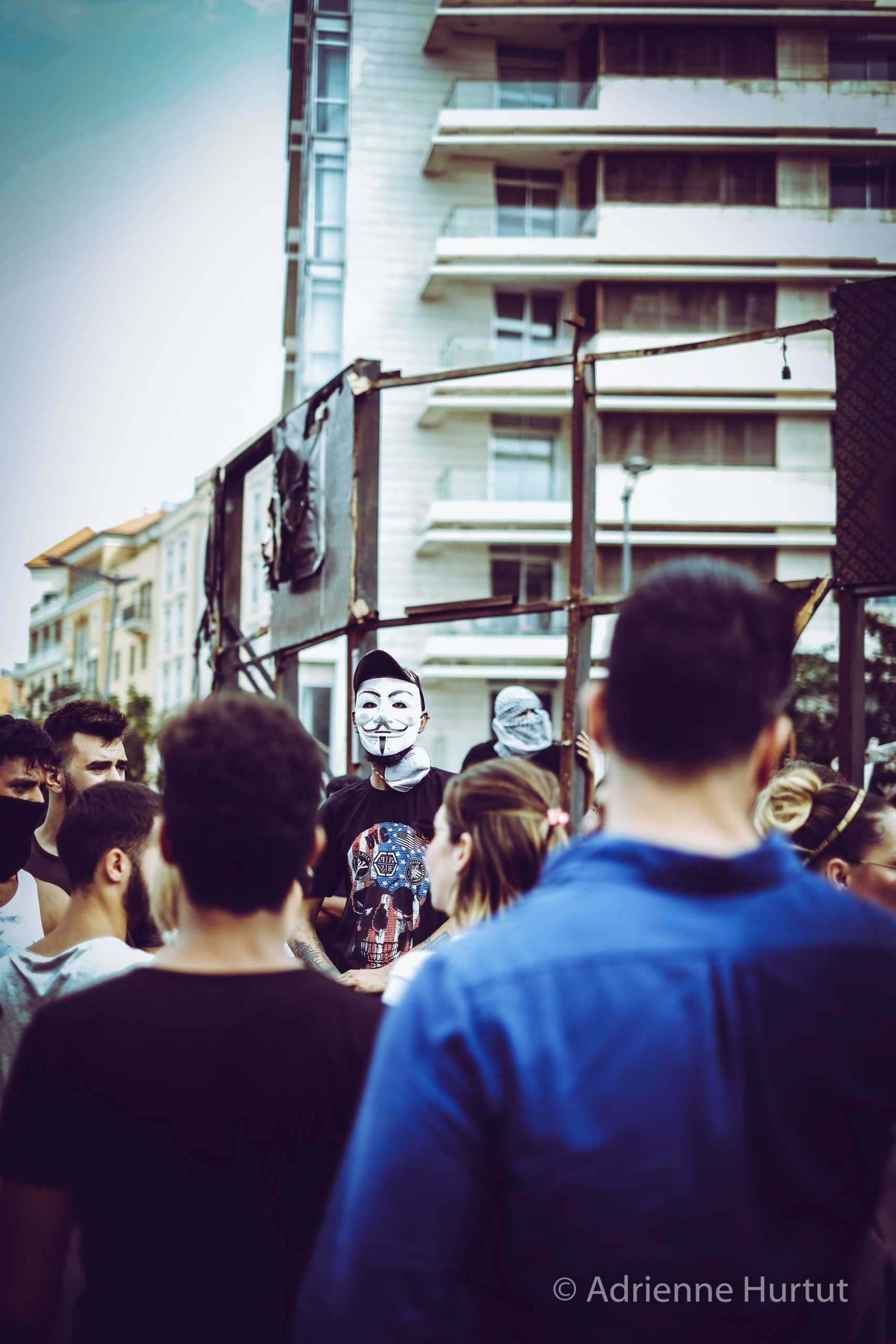 When You See Me 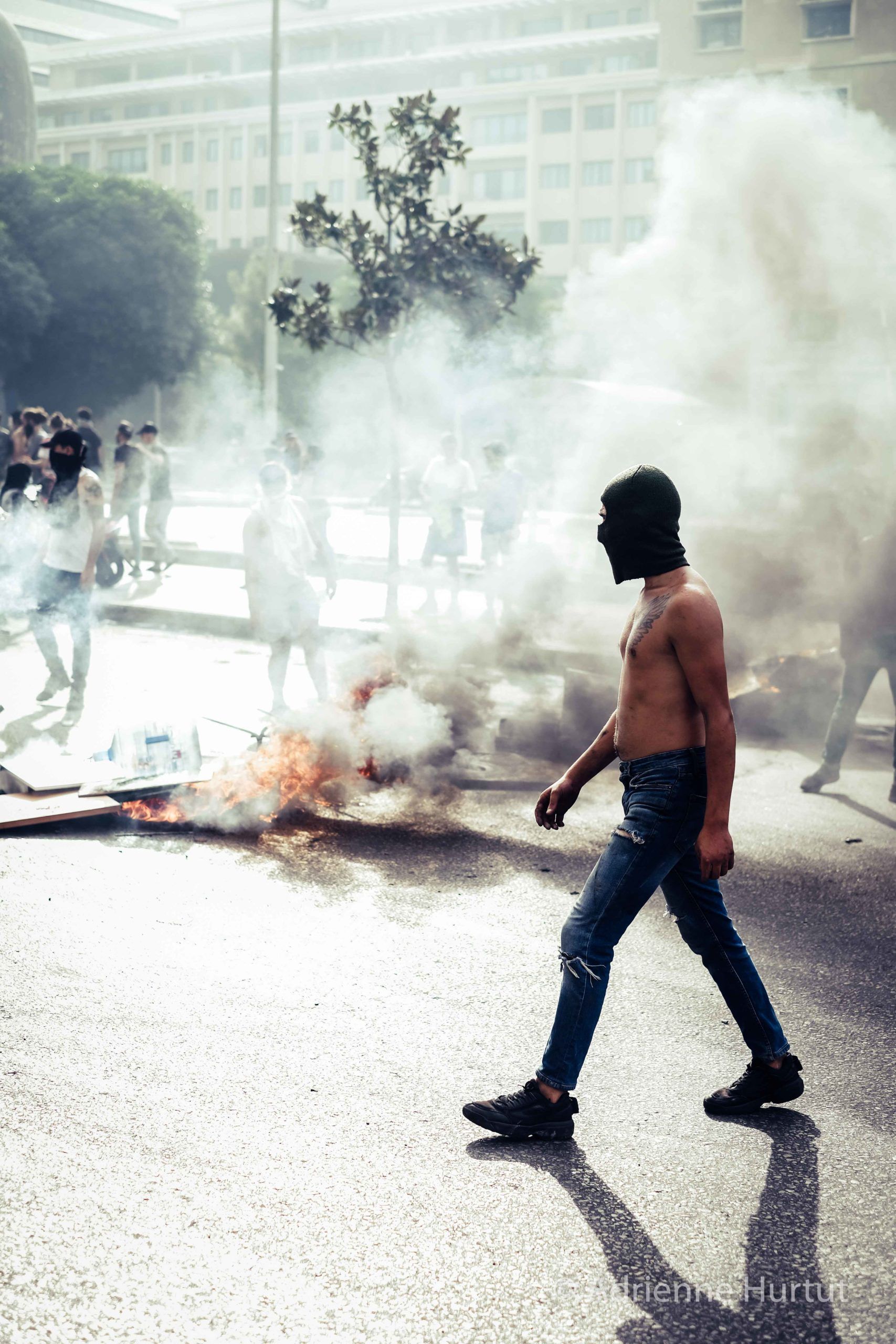 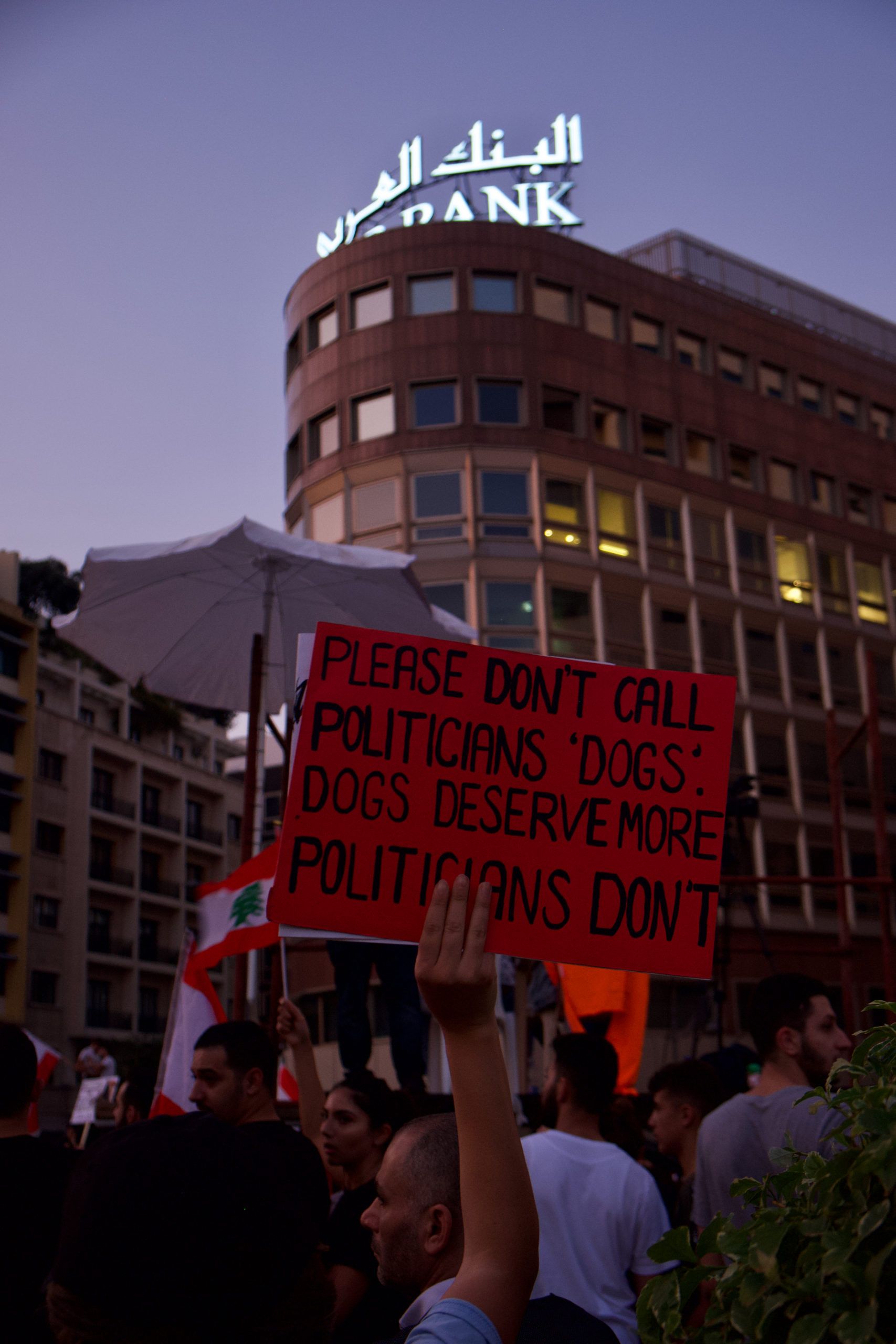 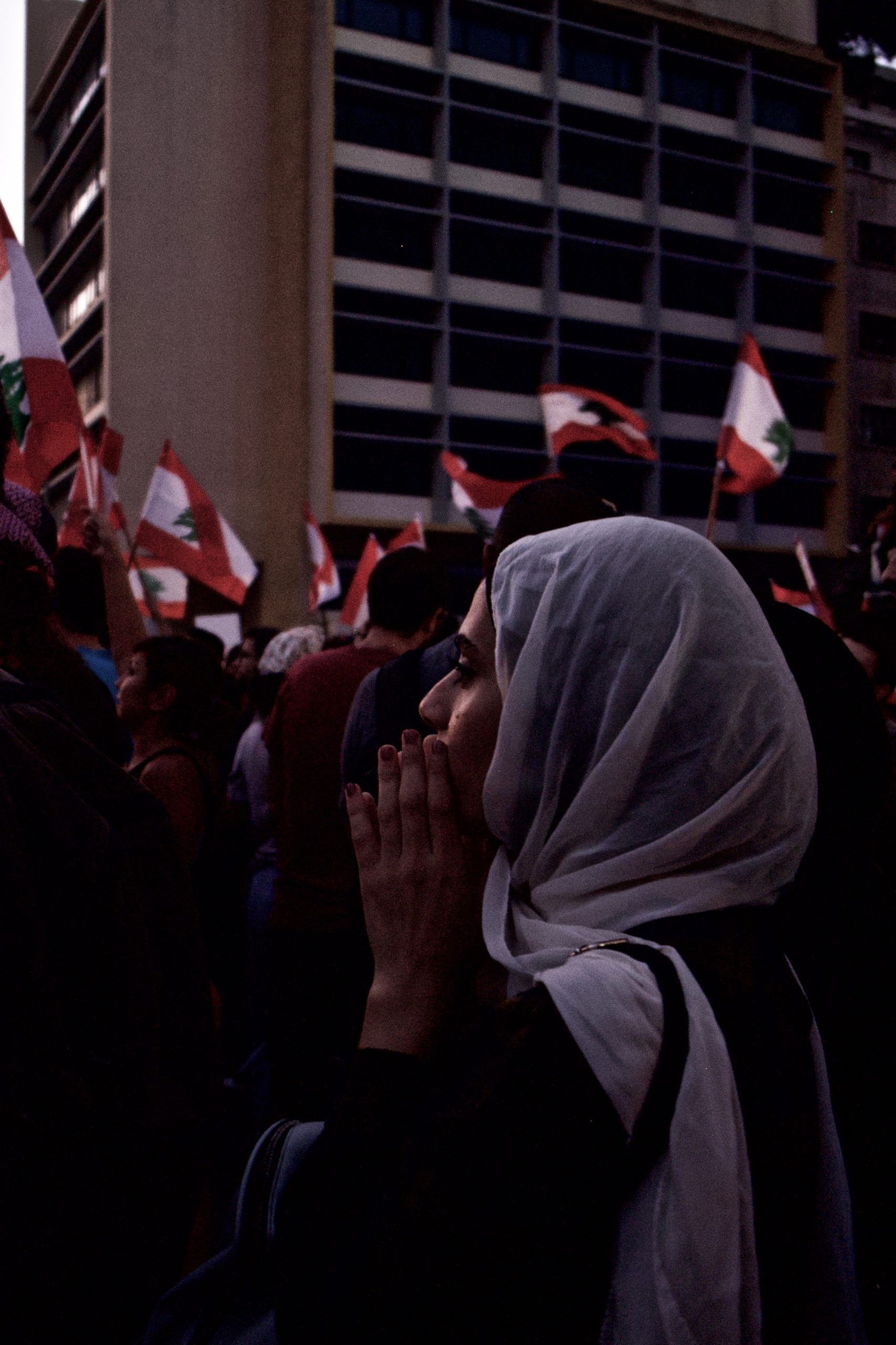 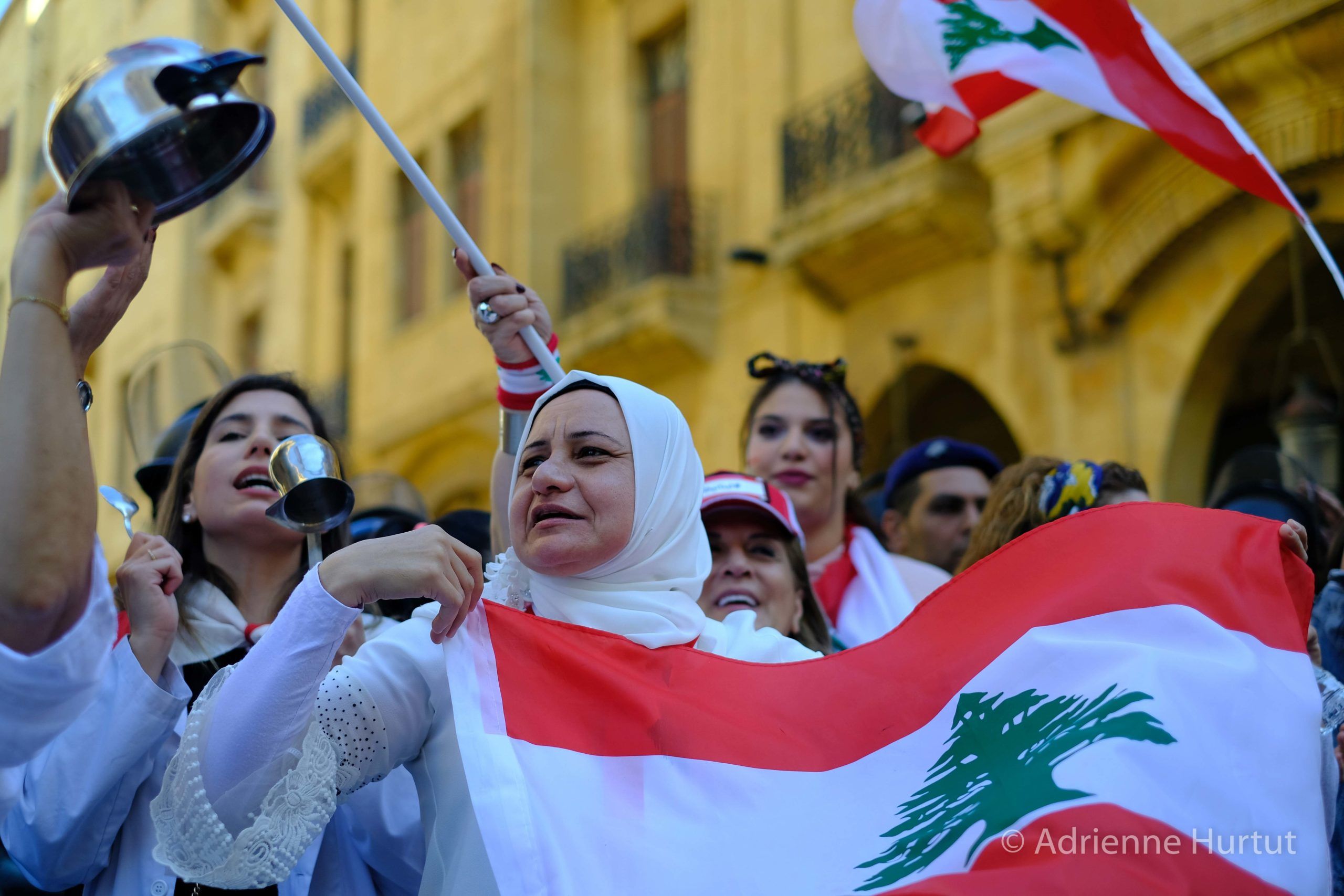 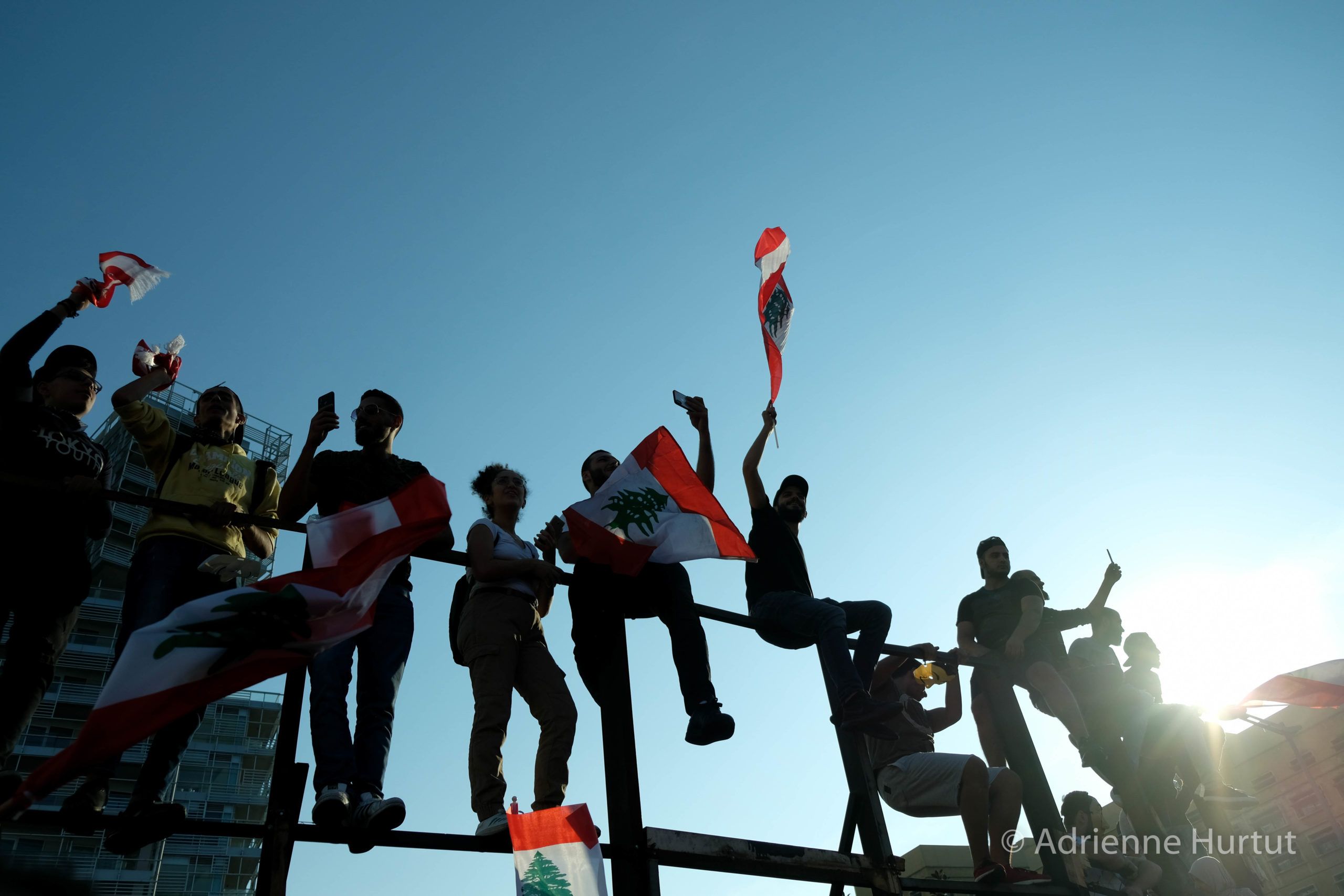